Well the festival season has certainly kicked off early for me this year.

Back in the UK at this time of the year, I would be sitting close to my log stove looking forward to Bearded Theory in May, the first major festival of the season.

When I arrived in Bali 2 weeks ago I was immediately involved in Sarawasti Day. 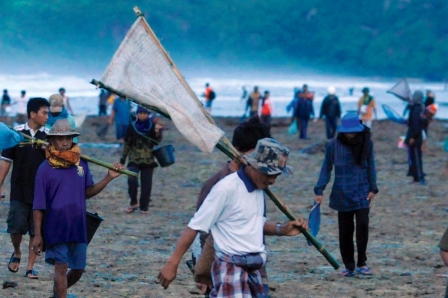 Next month (date yet to be confirmed by the Sasak priests) is Bau Nyale, Festival of the Seaworms in neighbouring Lombok. Each year thousands of seaworms come to the surface at selected beaches in East Lombok. The locals believe, that the Nyale are not just regular seaworms, but are considered as sacred creatures that bring prosperity to those who honor them, or misfortune to those who ignore them. This belief was based on a legend of princess Mandalika.

We are also planning a motorbike expedition over to the remote island of Sumba, two islands away in time for the Annual Pasola Horse Festival on March 8th. The island is famous for its Sumba ponies descended from ancient Mongolian stock.

Pasola, roughly translated, means spear game.  And the event does, indeed revolve around a game that involves spears, as well as throwing them at people while on horseback.

The origins of this festival are unknown for the most part, with many legendary tales to explain its beginnings.  Others believe it evolved from some sort of peaceful dispute resolution.  Either way, it has now become integral to the celebration of harvest time on the island.  Its popularity has grown such that it brings in huge crowds from not only the local islands, but from all over the world.

As is to be expected, even blunt spears can cause damage.  Injury is a given when it comes to the Pasola War Festival.  Most just sustain bruises or get knocked from their horses, but there have been cases of people losing an eye or even dying in pursuit of this tradition.

The spilling of blood is not considered a bad thing, however.  The blood lost during this tournament is believed to fertilize the Earth and lead to a fruitful harvest in the future.

It sounds spectacular and an event I have been meaning to catch for years. 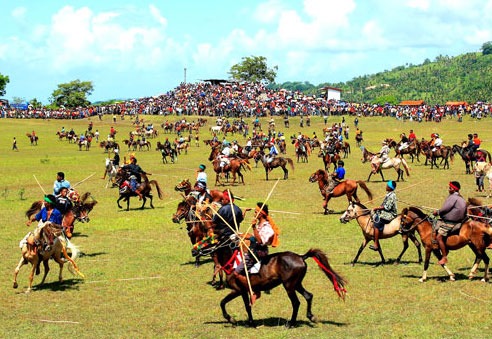 Then of course we get into the big Balinese Festval season. Nyepi (Balinese New Year) falls on March 12th this year, Galungan on March 27th and then Kuningan on April 8th – but I’ll be posting on them later.

It looks like I’ll be popping back to the UK in May so will as usual get to meet friends old and new at Bearded Theory to swap winter stories, and bond with my tribe again. And with any luck the Levellers will be there this year so it won’t matter if I miss Beautiful Days !!